With Europe about to launch the EXOMARS mission this coming Monday, I'd been asked by some colleagues about amateur observations of Mars that might support such a mission.  There are plenty of observers out there who turn their attention to the Red Planet near to opposition (May 2016), but unfortunately there's no single repository for this information for researchers.  I've found several possible locations:

Many of the most active planetary observers tend to post their images via FaceBook too, in the Astronomy Planetary Imaging group.
Posted by Leigh Fletcher at 12:55 No comments:

Email ThisBlogThis!Share to TwitterShare to FacebookShare to Pinterest
Labels: Mars 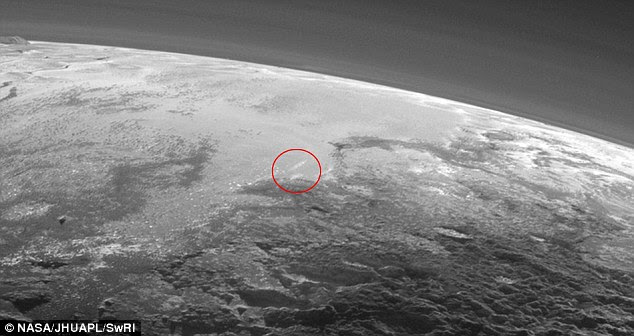 Yesterday I was contacted by a reporter from the Daily Mail regarding claims that the recent tentative detection of clouds on Pluto (which may or may not turn out to be real) should re-open the debate on Pluto's planet status. Here's what I said, but before we get into it, we should note (i) I don't approve of the clickbait headline used in this article, as the answer is obviously 'no', and (ii) I'm pretty disappointed in New Scientist for distributing these details from an email sent by New Horizons team member John Spencer.  The team must be pretty miffed that this speculation was put out there before there was time to do any proper analysis of the data, and there's several commentators out there that are sceptical that we're seeing clouds at all.

So here's what I said: "The answer is a resounding no, I’m afraid - the presence of aerosols within Pluto’s atmosphere is extremely exciting, hinting at chemical production of hazes and condensation of gases in its very thin (10 microbar pressure) nitrogen-methane-carbon monoxide atmosphere.  If the detection of clouds turns out to be true, it’ll keep solar system scientists intrigued for years to come.  But it makes no difference to Pluto’s lack of planet-status. Titan, Saturn’s largest moon, exhibits even more complexity in its atmospheric processes, and it is quite content to be a fascinating planetary satellite.  The formation of clouds in certain locations can tell you how the air is moving and how it interacts with the surface features.  So the challenge to Pluto scientists is to determine whether these are real features, what they’re made of, how they formed and whether there’s anything special about their location.  Pluto’s status as one of the largest Kuiper Belt Objects remains unchanged.  You don’t have to be a planet to be an incredibly breathtaking place to explore."

http://www.dailymail.co.uk/sciencetech/article-3483868/Does-Pluto-CLOUDS-Evidence-active-cycle-raised-possibility-reinstated-planet.html
Posted by Leigh Fletcher at 09:00 No comments: